US Set To Impose Tariffs On $7.5bn Of EU Exports In Airbus Row

The US has been given the go-ahead to impose tariffs on $7.5bn (£6.1bn) of goods it imports from the EU. 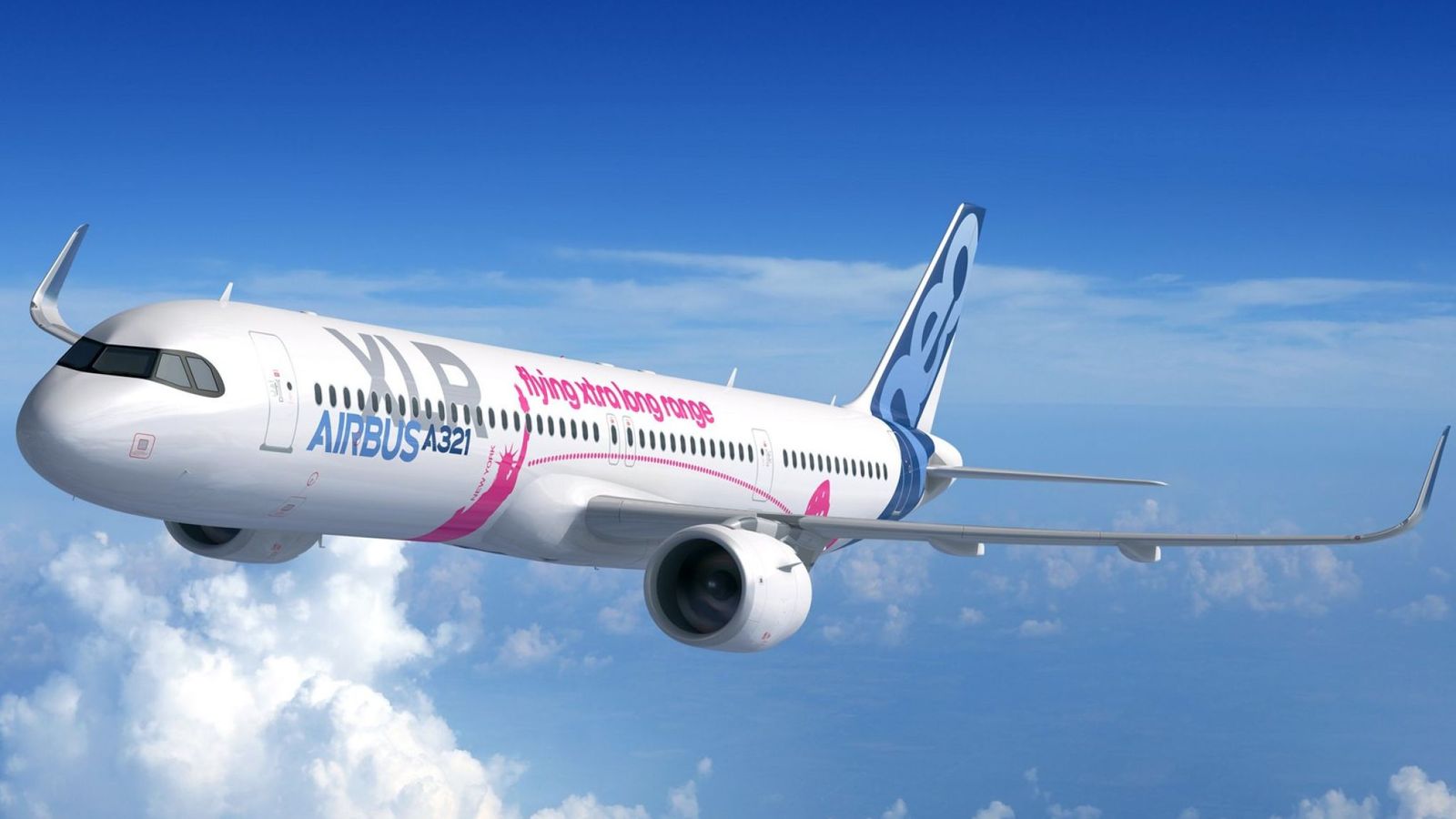 It is the latest chapter in a 15-year battle between the US and the EU over illegal subsidies for planemakers Airbus and rival Boeing.

The World Trade Organization (WTO) ruling will mean tariffs on EU goods ranging from aircraft to cheese, olives and jumpers from 18 October.

Brussels has threatened to retaliate similarly against US goods.

US trade officials said the tariffs would be set at a 10% rate on aircraft and 25% on agricultural and other items.

They have published a list of all the items that will be subject to the additional tariffs, most of which will apply to imports from France, Germany, Spain and the UK.

The US said it had the authority to increase the tariffs “at any time” or change the products affected.

Meanwhile, the two sides are waiting for the WTO to decide on what tariffs the EU can impose against the US in retaliation for US state aid given to Boeing. That ruling is expected next year.

The European Commission, which has proposed tariffs on $20bn (£15bn) of US goods, said it hopes to reach a settlement.

“But if the US decides to impose WTO authorised countermeasures, it will be pushing the EU into a situation where we will have no other option than do the same,” the European Commission said.

How did this row start?

The US first filed the case in 2004, arguing that cheap European loans for Airbus amounted to illegal state subsidies.

The WTO decided in favour of the US, which subsequently complained that the EU and certain member countries were not in compliance with the decision, prompting years of further wrangling.

The US had sought to impose tariffs on about $11bn in goods. Though the WTO cut that figure to $7.5bn, Wednesday’s decision still marks the largest penalty of its kind in the organisation’s history.

The WTO’s dispute settlement body must formally adopt the ruling but is not expected to overturn the decision.

Could there be a settlement?

US trade officials said the EU’s settlement offer came years too late and did not resolve US concerns about ongoing subsidies. Imposing tariffs is intended to produce a better proposal, they added.

“For years, Europe has been providing massive subsidies to Airbus that have seriously injured the US aerospace industry and our workers.

“Finally, after 15 years of litigation, the WTO has confirmed that the United States is entitled to impose countermeasures in response to the EU’s illegal subsidies,” said US Trade Representative Robert Lighthizer.

He said the US expected to “enter into negotiations with the European Union aimed at resolving this issue in a way that will benefit American workers.”

But governments across the EU, including the UK, called for the dispute to be resolved without the new tax.

“Resorting to tariffs is not in the interests of the UK, EU or US,” the UK said. “We are working closely with the US, EU and European partners to support a negotiated settlement to the Airbus and Boeing disputes”.

“A friendly resolution to the Boeing/Airbus dispute is the best solution, and all the more so given that Europe could impose sanctions on the US next year,” he said.

Germany’s Chancellor Angela Merkel said: “A decision has been made based on international law through which Airbus will be affected unfortunately and we will see how the Americans will react”.

How does this relate to Donald Trump’s trade fights?

These tariffs are separate to US President Donald Trump’s ongoing trade disputes with countries around the world.

Those were sparked in March 2018 when his administration announced tariffs of 25% on steel and 10% on aluminium imported into the US.

It prompted the EU to impose €2.8bn (£2.4bn) of duties on US goods such as bourbon whiskey, motorcycles and orange juice last June.

Is there an economic impact?

While the Boeing-Airbus fight pre-dates Mr Trump, another wave of tariffs adds to concerns about global trade, which has slowed significantly amid the many disputes.

On Wednesday, Airbus chief executive Guillaume Faury warned that hitting aircraft with the import duties would disrupt the industry, raise costs and hurt the broader economy – including in the US.

Close to 40% of Airbus’s aircraft-related procurement comes from US aerospace suppliers, which it said it supports 275,000 American jobs in 40 states.

“Airbus is therefore hopeful that the US and the EU will agree to find a negotiated solution before creating serious damage to the aviation industry as well as to trade relations and the global economy,” Mr Faury said.

“It’s worth remembering that the International Monetary Fund and others see trade conflict as one of the biggest risks to the global economic outlook,” he added.