Companies are filled with people who are energy vampires. We all know who these people are: When their names come up on your phone, you automatically stop and think, “Do I have the energy to take this call?” They’re the people in the company who have demonstrated repeatedly that they will suck the life out of you and others in every interaction. They schedule lots of meetings. They fire off lots of missives that force your people to stop serving the customer and instead respond to yet another information request. They exercise pocket vetoes on key decisions, and stop action with their requests for one more round of analytics.

Energy vampires are often smart, well-intentioned managers who inadvertently slow the company down with too many questions, too much analysis, too much process—and not enough action. They exist in the organization to administer various systems and processes that in isolation seem necessary, but in aggregate simply clog up the works and slow the company down. Very often their initiatives and suggestions are hard to argue with because they are practical or adhere to the “way things are done.” The problem is that amid all the PowerPoints and spreadsheets, very little that actually matters to customers actually gets done. 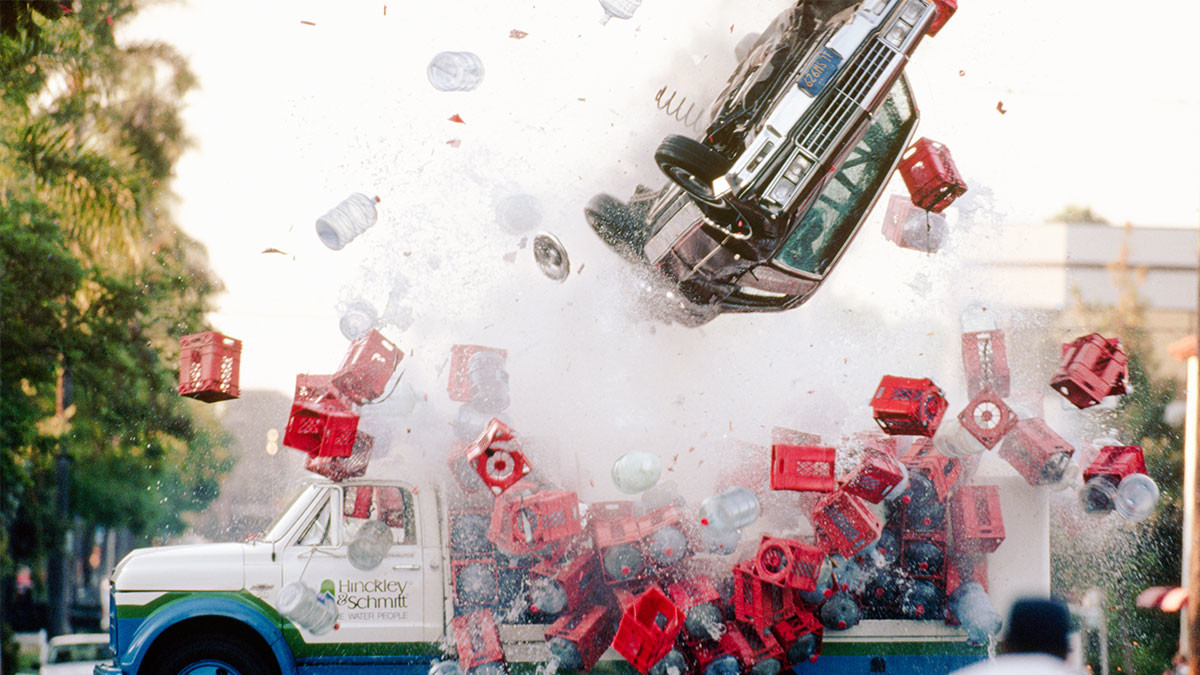 Our research on the founder’s mentality suggests that energy vampires and the bureaucracies that spawn them are among the main reasons why many companies lose speed and their sense of mission as they grow. But we’ve also seen that strong leaders can inoculate their organizations from the stultifying effects of too much process and complexity by focusing relentlessly on the company’s unique customer-driven mission and the critical actions needed to deliver on it. Left to their own devices energy vampires can take over. Here are six ways to keep them in their place.

Make sure the opposite of simple is “complex,” not “advanced.” Early in a company’s history, everyone tends to understand that the opposite of simple is complex. This implies that there is a cost of adding a new process, a new piece of analysis, a new meeting—and customers ultimately bear this cost. Over time, however, people begin to believe that the opposite of simple is advanced—that any action to add a step, a meeting, a template, a slide is an improvement and represents a more advanced or sophisticated approach. Suddenly there is no consideration of cost and what that means for customers. In one shocking study, my Bain colleagues discovered that just supporting a single weekly meeting was costing one large company 300,000 hours a year.

One effective way to push back is to ask anyone who is suggesting a process change a single question: “Is she willing to pay for it?” That forces teams to think about the costs they are adding to products and services and whether the end consumer is really willing to pay for these “advancements.” Of course, there are rare cases where you have to do things that the customer doesn’t want to pay for—regulatory compliance, for example. But that is an exception. Most of the time, this simple question will reduce the number of new tasks and burdens added in the name of “advancement.”

Fight the tendency to make problems bigger. Leaders who thrive have a talent for taking big, hard problems and deconstructing them so that individuals can take action. “I know China pricing is a huge issue,” the leader might say, “but right now we need to make sure that our pricing on product X doesn’t create problems for us in Germany and France. Let’s solve that today.” As companies grow, however, leaders who tend to make problems bigger often begin to thrive in the organization. Heads nod in the China pricing meeting when they say, “I know China pricing is a huge issue for us and it raises a fundamental problem: We have no consistent way to decide pricing between markets, or to bring our supply chain in, so we can confirm margins. We’ve got a big organizational problem here and we should solve it.”

This is almost certainly a true statement. But it also ensures that a) no one is going to act to solve anything on China today and b) if you really need to fire up a new project group to deal with complex organizational issues, it is unlikely China pricing will get resolved in the next nine months. For what seems like all the right reasons, the company is not acting in the external market, but is piling up more internal initiatives.

Make it a rule: “We will solve 10 specific issues before we resolve 1 more complicated issue.” The response in that meeting then becomes, “You are right. Our pricing decision-making is a mess. But let’s help our China team resolve these four pricing issues today. And let’s keep doing that for the next couple months and we’ll start to see patterns that demand more fundamental organizational changes.” This sends a signal: The leaders who will thrive in your company are the ones who figure out how to make problems small enough to act upon.

Expose the vampires. It is difficult to measure the internal cost of energy lost to process because no one measures the energy of organizations. No one can really quantify the costs energy-sucking people and tasks exact from your people. Instead, you see the costs indirectly: In the defection of your stars, in the recruits you didn’t land, and in the direct advice and feedback you’re not getting because the truth-tellers are reporting to energy vampires.

Many clever people are energy vampires, finding lots of ways to slow down action in your companies. The best way to expose them is to add 360-degree feedback that measures and answers, “Does this person bring energy to you and inspire you, or does this person rob you of energy?” Your people can’t wait to expose the energy vampires to some sunshine. You just need a way to ask.

Don’t let the “thinkers” push out the “doers.” In many organizations, there is a gradual devaluation of the doers—the key employees who get the job done, day in and day out. In fast-growing companies, the opposite is almost always true: The people who are valued are the ones who get out of the office and execute. As companies grow and professionalize, they accumulate executives in “thinking” roles and the doer jobs come to be seen as the easy, commodity roles. Instead of “There are those who sell and those who support those who sell,” the hierarchy becomes, “There are those who think, and they call the shots.”

It is up to leadership to right this balance. Thinkers obviously play a critical function in any organization, but it must be clear that their role is to support those who are translating strategy into action. One tactic: Make sure the next 10 hero stories you tell are about doers, about the front line, about those who execute. Celebrate them, elevate them. And be prepared to shut down conversations among your team that imply the doers are somehow less important than the thinkers.

Make people more accountable for the outcome than the process. As complexity grows in an organization, process often steals focus from outcome. My favorite example is a story one CEO told us about his innovation pipeline. “I walked into an innovation meeting where we were talking about the next set of product launches,” the CEO said. “There were about 30 people in the room and they were going through a 50-slide deck on the innovation funnel. I stared hard at the set of innovations that had reached the end of the funnel and I just didn’t get it. I didn’t like any of them. And I asked the room: ‘How many of you are excited by this set of products?’ No one took the floor to defend the choices that had emerged after months of committee work. Instead, what I heard were lots of comments about the process. About how rigorous it was. How inclusive. How well the team had followed our new innovation process.”

Leaders need to tie accountability to outcomes, not process. They need to steer all discussions toward identifying outcomes and championing processes that deliver. Role-model it. Create hero stories around those who broke processes to ensure outcomes. Don’t use any stories about people who did the opposite.

Speed up cadence with a Monday morning meeting. Everything a CEO does signals the cadence he or she wants for the organization. That’s why when companies are locked into a corporate calendar of monthly meetings, or six annual innovation events or four big off-sites, important decisions tend to follow a similar cadence. If the executive team meets monthly, decisions can fester for 28 to 31 days. If the innovation council meets six times a year, then decisions fester for two months.

The solution is a Monday morning meeting. And not a giant information reporting session like the one my colleagues in the 300,000 hour meeting above discovered was eating up so much support time, but a meeting devoted to airing and resolving the key conflicts that are preventing execution. Such a meeting (which obviously can occur anytime during the week) sends a clear signal that any issues preventing the organization’s ability to act—especially at the front line—will be allowed to linger for a maximum of four business days. Meet, fight, and stay in the room until the issue is resolved. This then becomes the cultural norm. The most effective companies know instinctively that conflict is good, as long as it gets resolved quickly. A commitment to making fast, firm decisions raises the organization’s metabolism. Everyone learns that leadership’s bias is toward action and executing on behalf of customers. They also come to expect that endless analysis and deliberation—the kind of bureaucratic noise energy vampires thrive on—won’t be tolerated.

Finally, senior leaders themselves need to beware: Energy vampires are very good at sucking up. This means leaders are often slow to realize when there are vampires hanging from every rafter. And if that’s the case, it would be scary if you were the last to know.